Hypnosis – Facts and Myths What is Sleep Hypnosis How Does Hypnosis Work One of the most frequent questions I am asked concerning healing with sleep hypnosis is what is sleep hypnosis anyway? The answer is a little bit involved because in order to understand how it works you need an understanding of what it is. I initially learned about sleep hypnosis by researching online and the best resources available are anything written by a hypnotherapist in addition to hypnotherapy websites.  Without actually participating in various guided meditation and hypnosis sessions and entering the trance-state, though, it was difficult to fully

Origin of Meditation The origin of the practice of meditation is seen mainly in religious contexts throughout history.  It can be traced back to prehistoric 5000 BC. The earliest writings to be discovered were concerning meditation (Dhyana) originating from the Vedas of Hindu traditions around 1500 BCE. Nearing 6 to 5 century BCE, was the period of the first development of other forms of meditation in Taoist China and Buddhist India.      Early Buddhism The word Dhyana, as influenced by the Vedas in early Buddhism, means “contemplation and meditation” in all three religions of Hinduism, Buddhism, and Jainism, but the technical 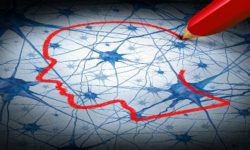 What Is Secondary Gain Secondary gain, as it relates to medical diagnosis is defined as the benefits that a person receives relative (secondary) to an injury or illness.  The injury or illness may or may not be legitimate. One example of secondary gain is a person involved in an auto accident who has a potential lawsuit against a negligent party.  The more severe the injury, the greater the value of the lawsuit. Some exaggerate their physical condition for the purpose of appearing more injured than they actually are with a specific intention. There are different types of secondary gain but

Meditation Alters Cognitive Brain Function/ Benefits of Meditation on the Brain The most universal forms of meditation evolved from the spiritual cultures of Hinduism and Buddhism which can be traced to around  1500 BCE.   Over the course of time, meditation practices and techniques have been interpreted by the cultures in which they were introduced. There exists a great diversity of technique but the results of meaningful meditation, in every form, maintain a common denominator. The advancement of medicine has allowed researchers to study the benefits of meditation in the brain as never before, and the scientific evidence is overwhelmingly evident