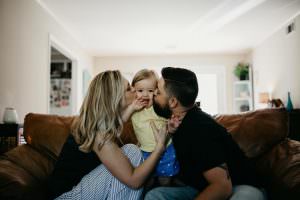 A Revelation of Love!

When the idea of discussing “Happiness” first appeared in my mind’s eye the initial intent was to reveal it as another benefit of meditation. A revelation of the truth of Love, and specifically self-love.  As usually occurs, the content took on a life of its own.

Because I was bestowed with more compassion than logic, my inquisitive nature demanded to understand the basis for labeling Happiness as an emotion, and with a little overthinking, here are my notes.

Dr. Cheryl A. McDonald, of Health Psychology in San Diego, describes happiness as “a blurred emotion, meaning different things to many people.”

Your Best Life Now, written by Joel Osteen in 2005, the last chapter, “Happiness is a Choice,” details how the ultimate decision to choose happiness is based on emotion, but the choice itself is base on logical circumstances and what the Bible teaches.

Kenneth Benjamin, the founder of Happiness International, has authored an entire website on the foundation of Happiness and he shares much wisdom: 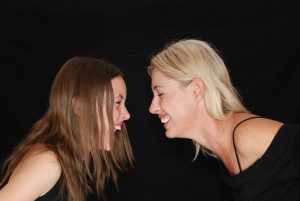 Therefore, it is obvious that before we can obtain a full grasp of what Happiness is and what it is not, it is appropriate to consult THE source of definitions, the Merriam-Webster Dictionary.

Emotion;
an effective state of consciousness in which joy, sorrow, fear, hate, or the like, is experienced, as distinguished from cognitive and volitional states of consciousness.

a :  a state of well-being and contentment: joy
b :  a pleasurable or satisfying experience

mode or condition of being

the state of being happy, healthy, or prosperous

feeling or showing satisfaction with one’s possessions, status, or situation

a state of gratification

something personally encountered, undergone, or lived through.

Happiness is a condition reflecting good fortune, health or prosperity, being satisfied with possessions, status or situation, and gratified by personal encounters that have been lived through.

With all of this being said, the idea of this writing started one day while pondering a passage I first heard about 30 years ago:

Happiness can only exist when three things are in place in your life:

I had absolutely no idea of its origin. With a little amount of additional effort, I was able to verify that it comes from a portion of a lecture written in the mid-1800’s, by a Harvard educated Doctor of Divinity by the name of George Washington Burnap.

George was born November 30, 1802, to a Congregational minister in Merrimack, New Hampshire. He had one sister who cared for him exclusively from the age of 7 after the death of his mother.

He went to Harvard College, graduating in 1824. He continued his education at Harvard Divinity where he exclusively studied the Bible. This convinced him to become a Unitarian. In 1828 he was the ordained pastor of the First Independent Church of Baltimore (the same church in which Jared Sparks pastored beginning in 1817, and later from 1849 to 1853. During a certain period of time when Burnap pastored the Church, Jared Sparks was president of Harvard College).

Burnap married in 1831. Without neglecting his pastoral duties, he devoted much of his career to studying. Much of his time was spent justifying the Unitarian doctrine in the face of public criticism. In 1849 (the same year Jared Sparks was appointed the president of Harvard) Burnap obtained a Doctorate of Divinity degree from Harvard College.

After he received his degree he began authoring voluminous theological and controversial lectures, including The Sphere and Duties of Woman: A Course of Lectures, Burnap, 1854, which contains the full context where my happiness passage was modified

More modern definitions contain terms such as “a sense of meaning and deep satisfaction.” Or a “fuzzy concept.” And science attempts to “split the identity of happiness into distinct concepts, but it’s meaning is still defined as something different to everyone.”

Three related concepts to happiness have been further defined as “Quality of life,” a “rounded well-being,” and supported by evidence of “flourishing.”

We have the definition as “contentment,” but various commentators attempt to maintain its two traditions of:

Eudaemonic – being deeply satisfied in living life in its fullness; or

Popular ideology defines happiness as “fleeting,” and it has been suggested that happiness is “stable over extended periods of time.”

And interestingly, with all of the explanations and definitions floating around in Happy Land, it is claimed that science has proven Happiness to be partially based on genetics.

So where do we go from here?

I must admit that while reading page after page of material I did wonder if I had a proper understanding of Happiness all these years. It certainly hasn’t been fulfilled in my own life due to many years of life’s unexpected traumas and dramas. But I am now assured that I have the proper understanding of what events must occur before a manifestation of Happiness is revealed in my life.  I continue to hope that I experience Happiness during my lifetime.  I believe that others now have hope as well.

What is your Opinion?

Is Happiness a logical state of mind or an emotion?  Is it just circumstantial that some do not experience it during a lifetime? How is Happiness defined in your life?

I would be honored to have the benefit of your thoughts.