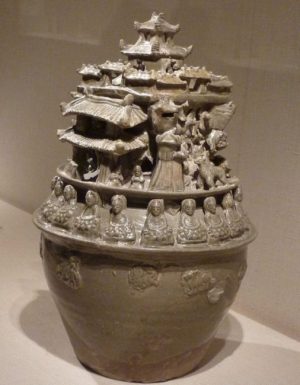 The origin of the practice of meditation is seen mainly in religious contexts throughout history.  It can be traced back to prehistoric 5000 BC.

The earliest writings to be discovered were concerning meditation (Dhyana) originating from the Vedas of Hindu traditions around 1500 BCE.

Nearing 6 to 5 century BCE, was the period of the first development of other forms of meditation in Taoist China and Buddhist India. 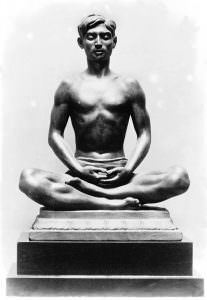 The word Dhyana, as influenced by the Vedas in early Buddhism, means “contemplation and meditation” in all three religions of Hinduism, Buddhism, and Jainism, but the technical context is varied in each religion.

Meditation/Dhyana was incorporated into Yoga exercises, the goal being the extracting the various aspects of self-knowledge.

Over time meditation was developed further by the traditions of Hindu, Jain and Buddhist, influenced independently of the specific religions or by one influencing the other.

The most influential part of the traditions of the Hindu religion was that it involved self-directed awareness and is the part of the process where the yogi would find self, seek the self’s relationship with all living beings and where Ultimate Reality was to be found.

There is much debate concerning the origin of meditation on Buddhism but there are historical records dating to the 1st century BC, in the sutras of the Pāli Canon which set forth levels and states of meditation in Buddhism in India, and the formula for salvation:

(1) observance of the rules of morality

This specifically places meditation as part of the path to salvation. 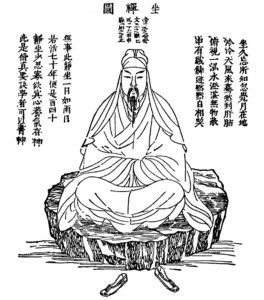 Soon, when Buddhism was spreading to and through China, the writings of the Vimalakirti Sutra (100CE) included meditations and enlightened wisdom which was practiced by the Zen.

(Zen is a combination of Indian Mahayana Buddhism and Taoism which started in China before spreading to Korea and Japan).

By 20 BCE a form of “exercises” of a spiritual nature had been written by Philo of Alexandria (who believed in the literal Hebrew Bible and who first attempted to harmonize Greek and Jewish philosophy). These spiritual exercises involved concentration and attention (prosoche).

By the 3rd century, a Greek philosopher named Plotinus developed meditation techniques based on his philosophy of “The One, The Intellect and The Soul.”

In Judaism in the Torah, Isaac is described as “lasuach” in the field. It has been interpreted by some that he was participating in some type of meditative practice.

In the King James Version of the Bible, in the Book of Genesis, “lasuach” is translated “meditation,” yet all commentaries define his action as prayer.

Throughout the Tanakh (the Hebrew Bible and a textual source of the Christian Old Testament) it is strongly suggested that Judaism always contained a tradition of meditation.

Beginning in the 8th century, the expansion of Japanese Buddhism meditation practices spread into Japan.

The first meditation hall was opened at Nara, Japan by monk Dosho after being introduced to Zen in China. The Japanese modified Chinese practices.

In Japan, around 1227, the first sitting meditation instructions (Zazen) were written by Dogen and the first community of monks was established.

Different forms of meditation were practiced, including Kabbalistic practices. Some involved approaches of Jewish philosophy.

The concept of Dhikr, or Remembrance of God in Islam, is interpreted by various meditative techniques and became one of the essential elements of Sufism, or Islamic mysticism, in the 11th and 12th centuries.

In Sufism, thinking leads to knowledge, and its followers practiced control of breathing as well as incorporated the repetition of holy words. 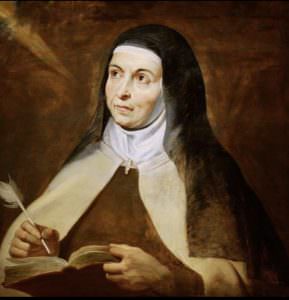 Hesychasm was developed on Mount Athos, Greece, and involves the repetition of the Jesus Prayer. This form of meditation is still being practiced today.

Western Christian meditation progressed from the 6th century Bible reading among the Benedictine monks (Lectio Divina or “divine reading”) but did not involve the repetition of phrases, actions or specific body posture.

In the 16th Century of Western Christian meditation, saints such as Ignatius of Loyola and Teresa of Avila were instrumental in its development.

By the 18th century, the study of Buddhism in the West was a topic mainly focused upon by intellectuals.

The first English translation of the Tibetan Book of the Dead was published in 1927.

Schools of yoga began forming in Hindu revivalism in the 1890’s.

Gurus began introducing yoga schools to the West. Some yoga schools were designed particularly as secularized variations of yoga traditions to be used by non-Hindus.

One example is the Transcendental Meditation system which began its popularity in the 1960s.

In addition, various forms of Hatha Yoga were developed from the Ashtanga Vinyasa Yoga school, and eventually became simply known as “Yoga” in the West.

Secular meditation emphasizes stress reduction, relaxation, and self-improvement more than the spiritual aspects, although both secular and spiritual forms of meditation have been heavily analyzed by scientific research.

Scientific studies increase as more studies confirm the benefits of meditation over the past 60 years.

With such diversified history concerning the subject and despite 4500 years of practice and study, the mechanism of meditation that provides health benefits remains unclear.